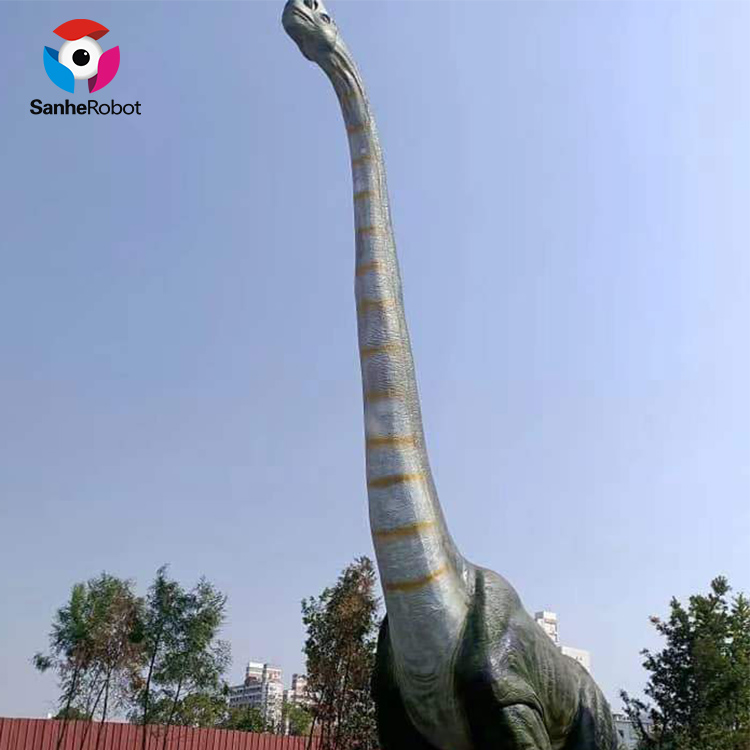 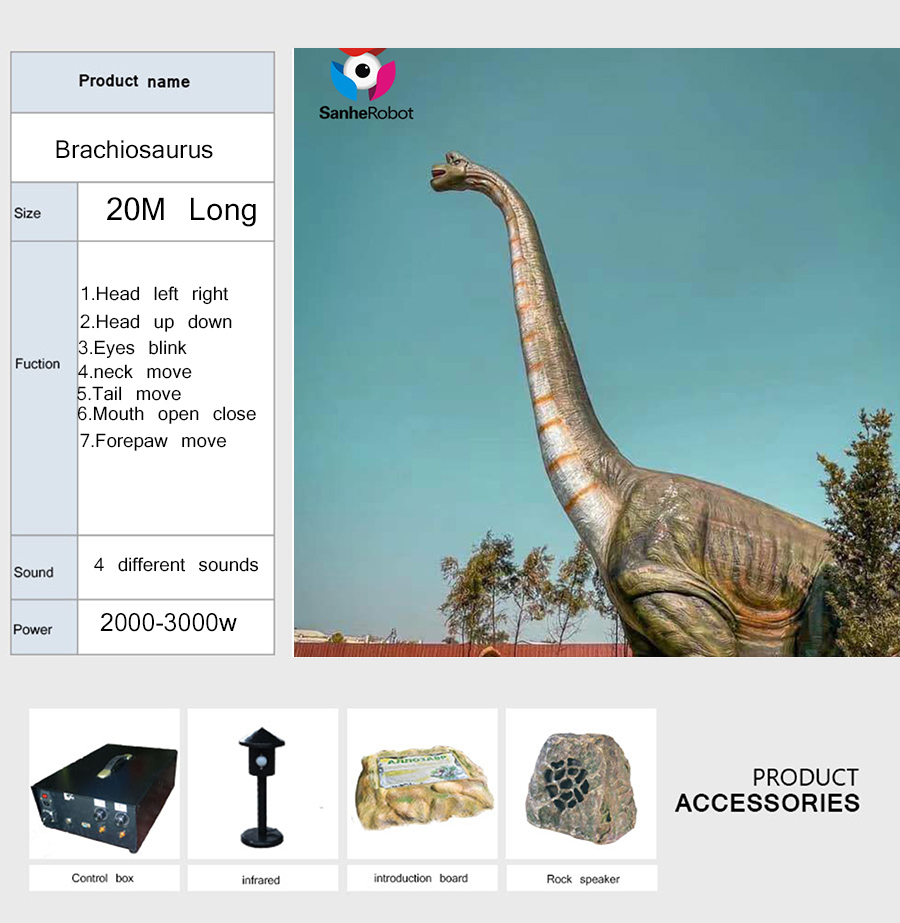 real size dinosaur  realistic dinosaur  dinosaur factory Large dinosaur  latest dinosaur  animatronic dinosaur for sale  animatronic model Simulation dinosaur  artificial dinosaur  dinosaur  the dinosaur  dinosaur props realistic rubber dinosaur  dino world  dino park  mechanical dinosaur for dino park  dino park equipment  moving dinosaur  animated moving dinosaur  moving dinosaur model  playground mechanical dinosaurs  life size mechanical dinosaur  mechanical dinosaur for sale  animatronics decorations  dinosaur theme decor  dinosaur decoration  mechanical dinosaur  life size mechanical dinosaur  amusement park mechanical dinosaur Brachiosaurus is the namesake genus of the family Brachiosauridae, which includes a handful of other similar sauropods. Most popular depictions of Brachiosaurus are in fact based on Giraffatitan, a genus of brachiosaurid dinosaur from the Tendaguru Formation of Tanzania. Giraffatitan was originally described by German paleontologist Werner Janensch in 1914 as a species of Brachiosaurus, B. brancai, but moved to its own genus in 2009. Three other species of Brachiosaurus have been named based on fossils found in Africa and Europe; two are no longer considered valid, and a third has become a separate genus, Lusotitan. The type specimen of B. altithorax is still the most complete specimen, and only a few other specimens are thought to belong to the genus, making it one of the rarer sauropods of the Morrison Formation. It is regarded as a high browser, possibly cropping or nipping vegetation as high as 9 meters (30?ft) off the ground. Unlike other sauropods, it was unsuited for rearing on its hindlimbs. It has been used as an example of a dinosaur that was most likely ectothermic because of its large size and the corresponding need for sufficient forage, but more recent research suggests it was warm-blooded. Among the most iconic and initially thought to be one of the largest dinosaurs, Brachiosaurus has appeared in popular culture, notably in the 1993 film Jurassic Park. To regularly increase the management program by virtue from the rule of "sincerely, good religion and high quality are the base of enterprise development", we greatly absorb the essence of linked products internationally, and constantly produce new goods to satisfy the calls for of shoppers for The Robot Dinosaur , Lantern Festival Imperial , Lantern Festival Poconos 2021 , Standing still today and looking into the future, we sincerely welcome customers all over the world to cooperate with us. China Wholesale Mini Rubber Dinosaurs Manufacturers Suppliers - 20 meters Brachiosuarus dinosaur large simulation animatronic dinosaur for dinosaur park – Sanhe Detail: 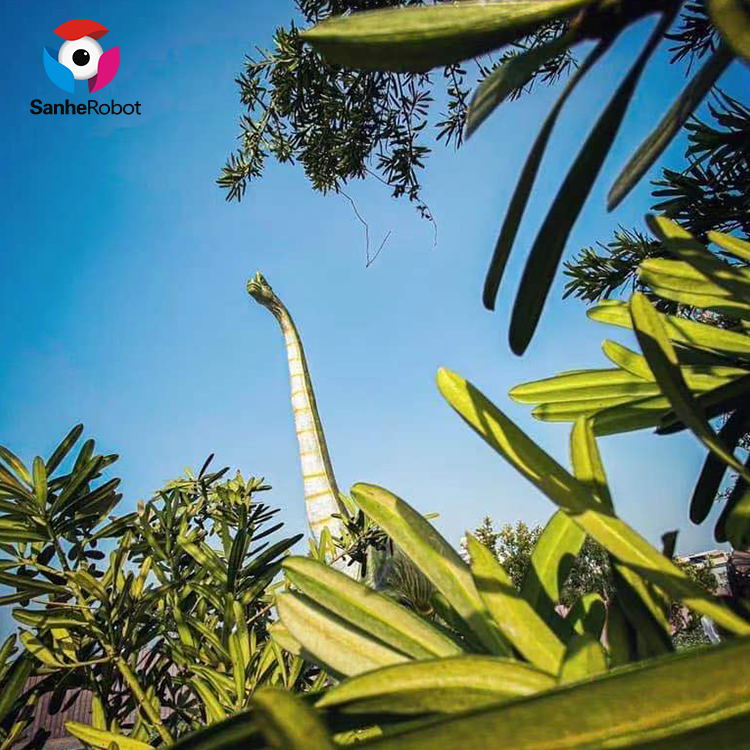 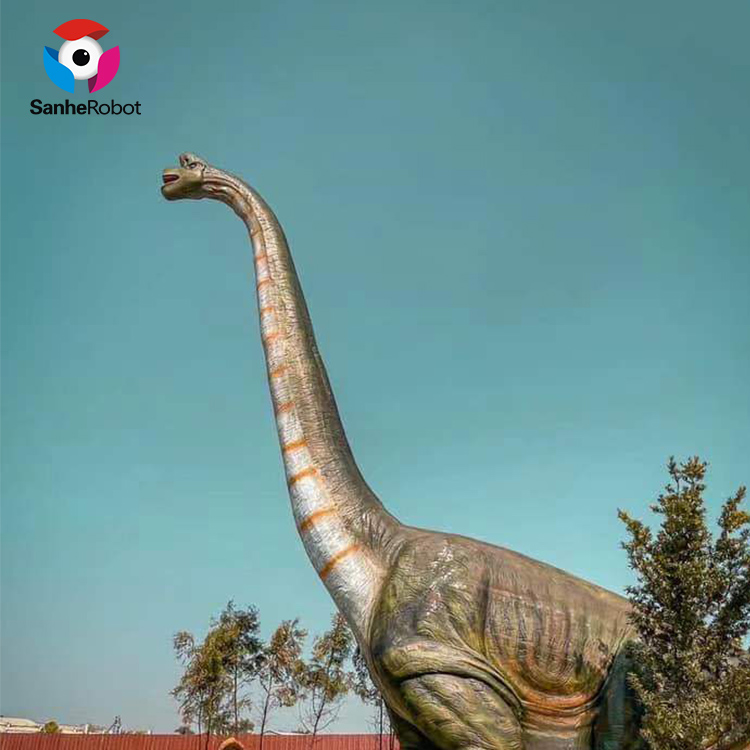 Related Product Guide:
Cooperation
It adheres for the tenet "Honest, industrious, enterprising, innovative" to develop new products and solutions continuously. It regards shoppers, success as its individual success. Let us produce prosperous future hand in hand for China Wholesale Mini Rubber Dinosaurs Manufacturers Suppliers - 20 meters Brachiosuarus dinosaur large simulation animatronic dinosaur for dinosaur park – Sanhe , The product will supply to all over the world, such as: Georgia, Rome, Uruguay, Our company has already have pass the ISO standard and we are fully respect our customer 's patents and copyrights. If the customer provides their own designs, We will guarantee that they will be the only one can have that products. We hoping that with our good products can bring our customers a great fortune.
related products