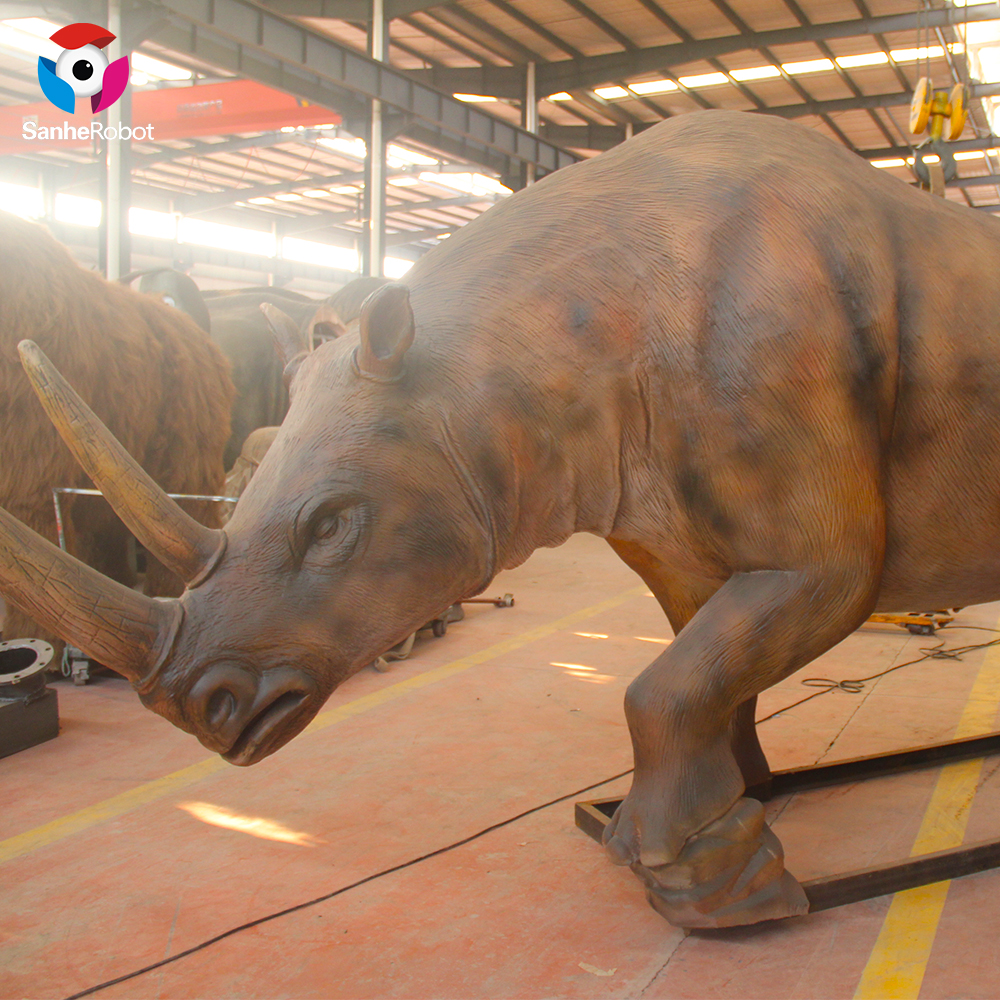 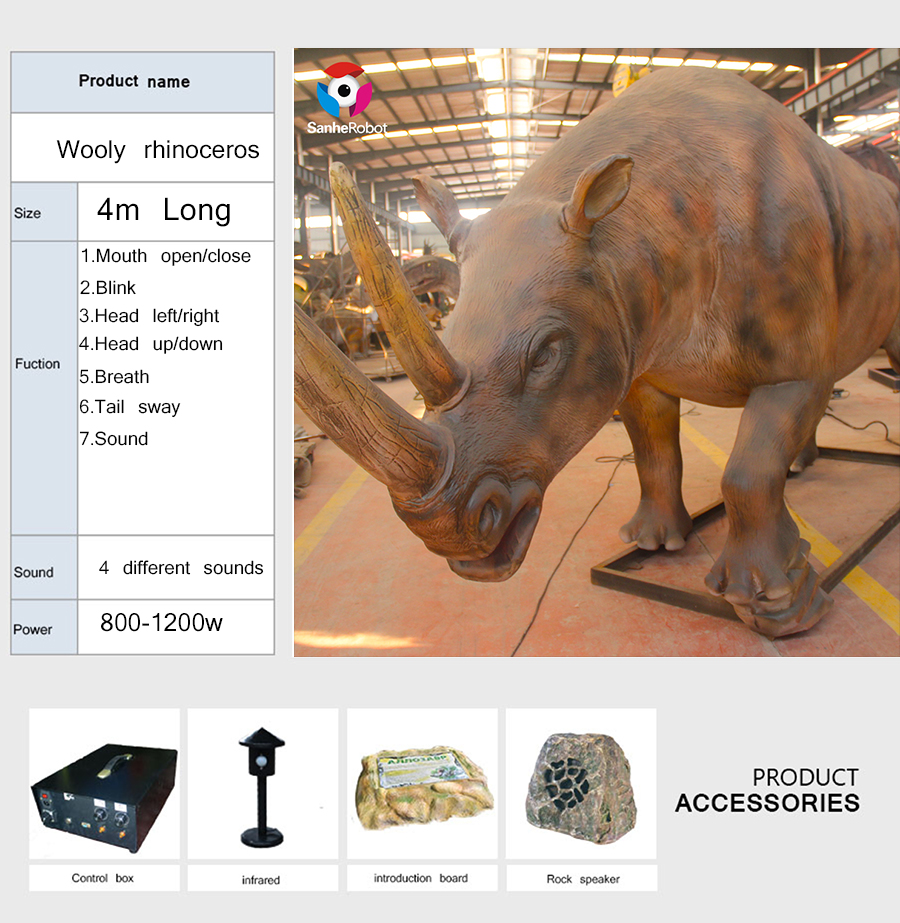 Mechanical animal   simulation animal   artificial animal   animatronic animal for sale animatronic animals for sale  robotic handmade animal model  lifelike artificial animals  outdoor playground lifelike robot animatronics  hot sale waterproof life size resin animals  animatronic life-size animals  Playground artificial animatronic animal  Prehistoric museum science exhibition models  custom life size animal  life size animal  animatronic life size animals  hot sale outdoor playground life size animal   The woolly rhinoceros (Coelodonta antiquitatis) is an extinct species of rhinoceros that was common throughout Europe and Asia during the Pleistocene epoch and survived until the end of the last glacial period. The woolly rhinoceros was a member of the Pleistocene megafauna. The woolly rhinoceros was covered with long, thick hair that allowed it to survive in the extremely cold, harsh mammoth steppe. It had a massive hump reaching from its shoulder and fed mainly on herbaceous plants that grew in the steppe. Mummified carcasses preserved in permafrost and many bone remains of woolly rhinoceroses have been found. Images of woolly rhinoceroses are found among cave paintings in Europe and Asia. Woolly rhinoceros remains have been known long before the species was described, and were the basis for some mythical creatures. Native peoples of Siberia believed their horns were the claws of giant birds.[2] A rhinoceros skull was found in Klagenfurt, Austria, in 1335, and was believed to be that of a dragon.[3] In 1590, it was used as the basis for the head on a statue of a lindworm.[4] Gotthilf Heinrich von Schubert maintained the belief that the horns were the claws of giant birds, and classified the animal under the name Gryphus antiquitatis, meaning "ancient griffin".[5] One of the earliest scientific descriptions of an ancient rhinoceros species was made in 1769, when the naturalist Peter Simon Pallas wrote a report on his expeditions to Siberia where he found a skull and two horns in the permafrost.[6] In 1772, Pallas acquired a head and two legs of a rhinoceros from the locals in Irkutsk,[7] and named the species Rhinoceros lenenesis (after the Lena River).[8] In 1799, Johann Friedrich Blumenbach studied rhinoceros bones from the collection of the University of G?ttingen, and proposed the scientific name Rhinoceros antiquitatis.[9] The geologist Heinrich Georg Bronn moved the species to Coelodonta in 1831 because of its differences in dental formation with members of the Rhinoceros genus.[10] This name comes from the Greek words κοιλ?α (koilía, "cavity") and ?δο?? (odoús "tooth"), from the depression in the rhino's molar structure,[11][12] giving the scientific name Coelodonta antiquitatis, "ancient hollow tooth "Quality initially, Honesty as base, Sincere company and mutual profit" is our idea, in order to create repeatedly and pursue the excellence for Dinosaur Molds , Veterans Parade Float Ideas , Lantern Lights Festival , We're keeping chasing WIN-WIN situation with our consumers. We warmly welcome clientele from all around the environment coming above for a visit and establishing long lasting connection. China Wholesale Marine Ocean Animals Manufacturers Suppliers - Factory price life size animatronic mechanical animal model Woolly Rhinoceros for sale – Sanhe Detail: 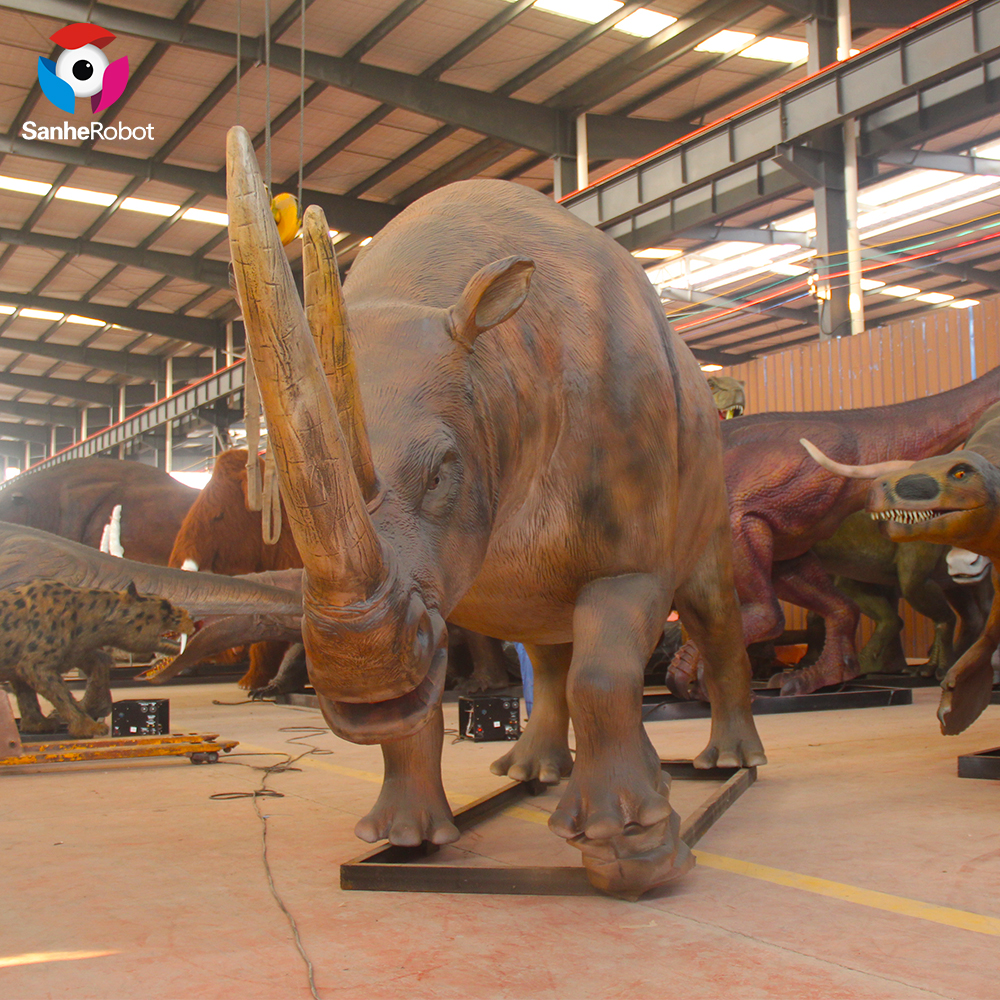 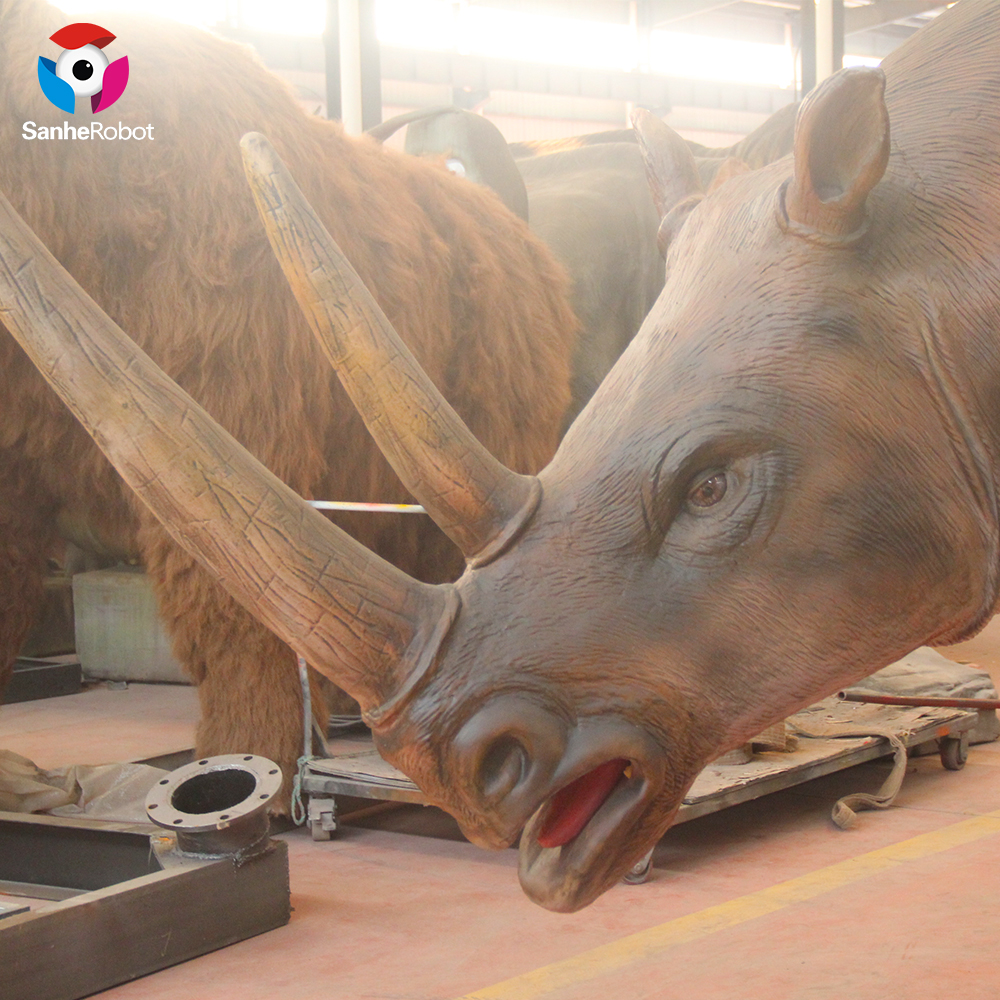 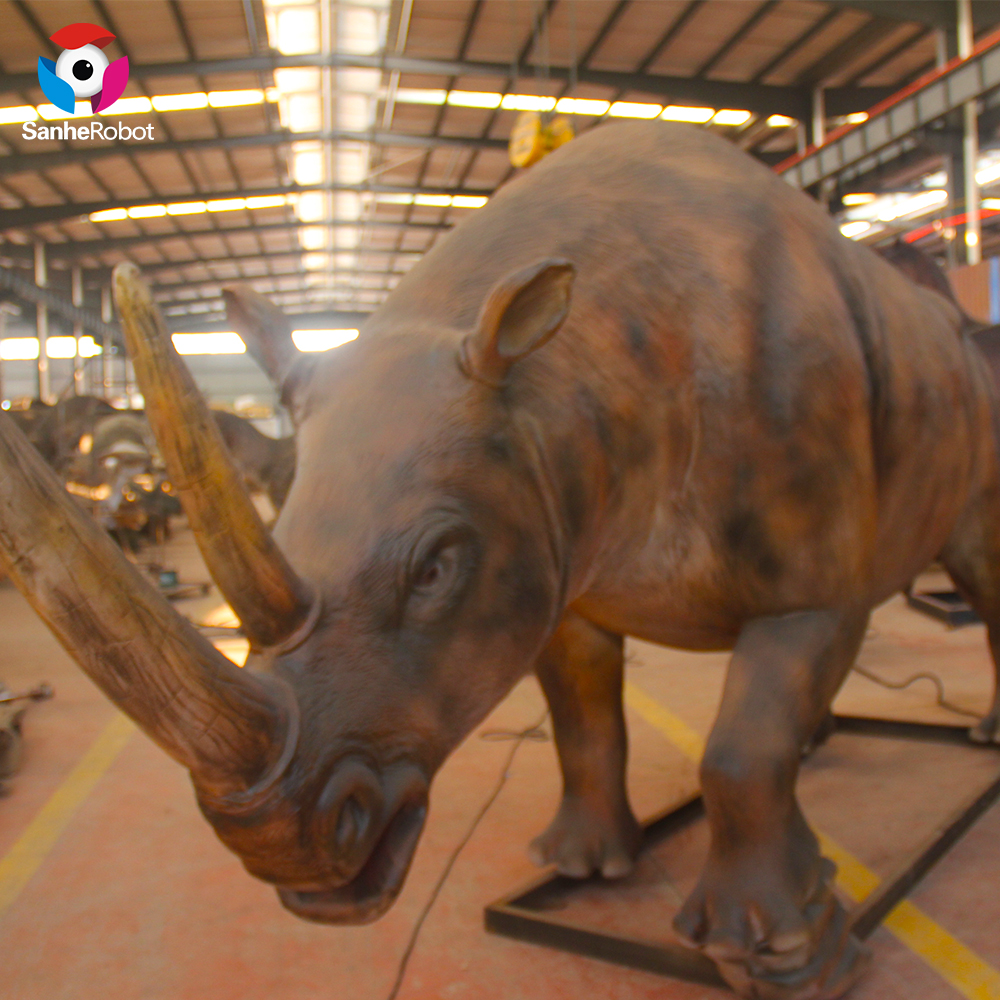 Related Product Guide:
Cooperation
"Quality initial, Honesty as base, Sincere support and mutual profit" is our idea, so as to build repeatedly and pursue the excellence for China Wholesale Marine Ocean Animals Manufacturers Suppliers - Factory price life size animatronic mechanical animal model Woolly Rhinoceros for sale – Sanhe , The product will supply to all over the world, such as: Gambia, Jordan, Mexico, We have more than 10 years exported experience and our products have expored more than 30 countries around the word . We always hold the service tenet Client first,Quality first in our mind,and are strict with product quality. Welcome your visiting!
related products