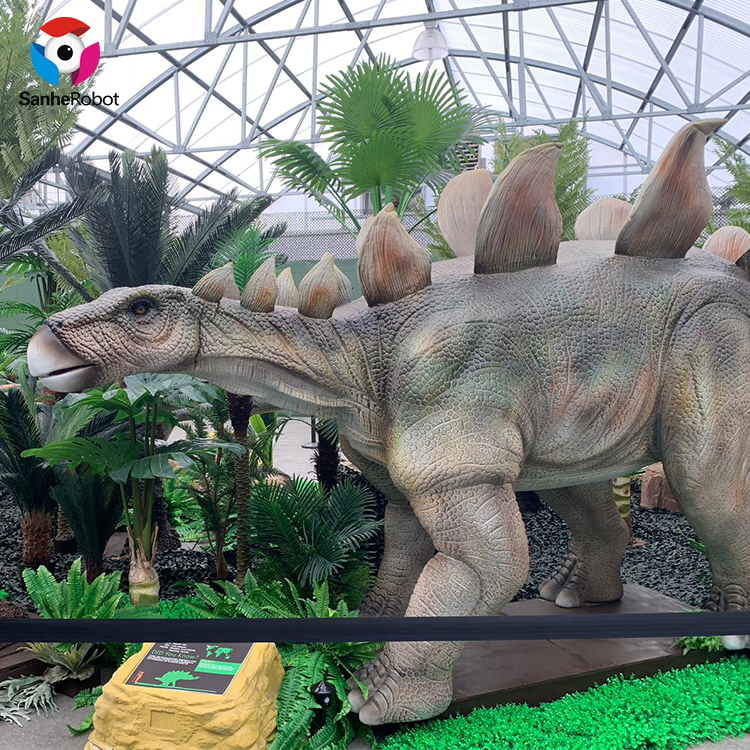 remote control dino     realistic dino    dino park indoor playground model robot dinosaurs  indoor playground sculpture  jurassic theme park  dinosaur model attraction  dinosaur world  dinosaurs made in china  park designs  zigong sanhe  zigong manufacturer  animatronic dinosaur  dinosaur indoor exhibit  amusement park animatronic dinosaur  amusement park dinosaur  mechanical dinosaur for dino park  model for jurassic park  mechanical dinosaur  theme park robotic dinosaur sanhe robot dinosaurs sanhe robot works   real animatronic dinosaur model real size dinosaur   dino park dinosaurs model for a museum   playground park decor props dinosaur park decor props   outdoor  exhibition animatronic dinosaur model   real dinosaur real size dinosaur for park decor  dinosaur park dinosaur theme park animatronic dinosaur park Stegosaurus is a herbivorous, four-legged, thyreophoran genus from the Late Jurassic, characterized by the distinctive upright plates along their backs and spikes on their tails. Fossils of this dinosaur have been found in the western United States and in Portugal, where they are found in Kimmeridgian- to early Tithonian-aged strata, dating to between 155 and 150?million years ago. Of the species that have been classified in the upper Morrison Formation of the western US, only three are universally recognized: S. stenops, S. ungulatus and S. sulcatus. The remains of over 80 individual animals of this genus have been found. Stegosaurus would have lived alongside dinosaurs such as Apatosaurus, Diplodocus, Brachiosaurus, Allosaurus, and Ceratosaurus; the latter two may have preyed on it.  Stegosaurus remains were first identified during the "Bone Wars" by Othniel Charles Marsh at Dinosaur Ridge National Landmark. The first known skeletons were fragmentary and the bones were scattered, and it would be many years before the true appearance of these animals, including their posture and plate arrangement, became well understood. Despite its popularity in books and film, mounted skeletons of Stegosaurus did not become a staple of major natural history museums until the mid-20th century, and many museums have had to assemble composite displays from several different specimens due to a lack of complete skeletons. Stegosaurus is one of the better-known dinosaurs, and has been featured in film, postal stamps, and many other types of media. The client satisfaction is our primary concentrate on. We uphold a consistent level of professionalism, top quality, credibility and service for Dinosaur Camp Theme , Dinosaur Ride , Lantern Festival 2021 , We will endeavor to maintain our great reputation as the best products supplier in the world. If you have any questions or comments, please contact with us freely. China Wholesale Flying Dinosaur Skeleton Manufacturers Suppliers - Dinosaur Park realistic life size Stegosaurus statue – Sanhe Detail: 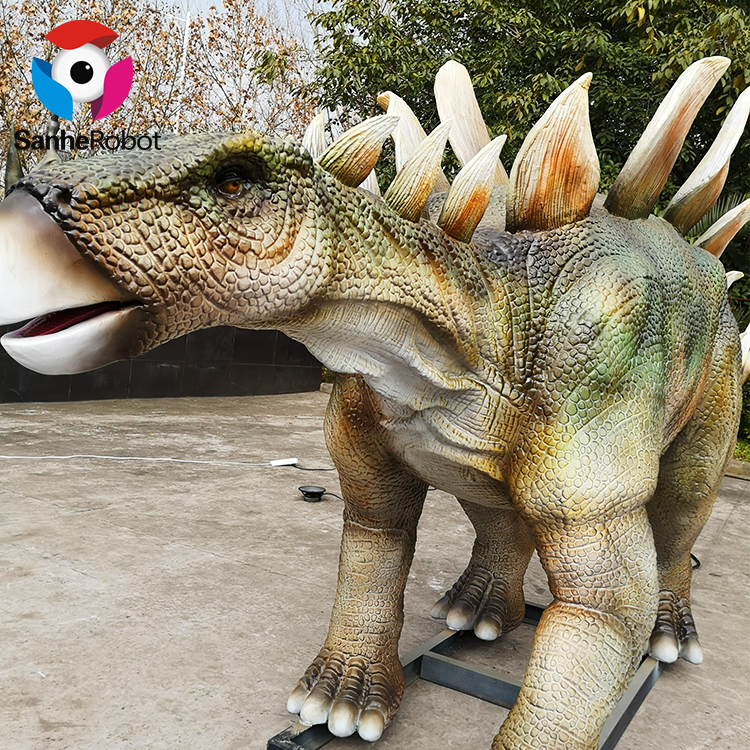 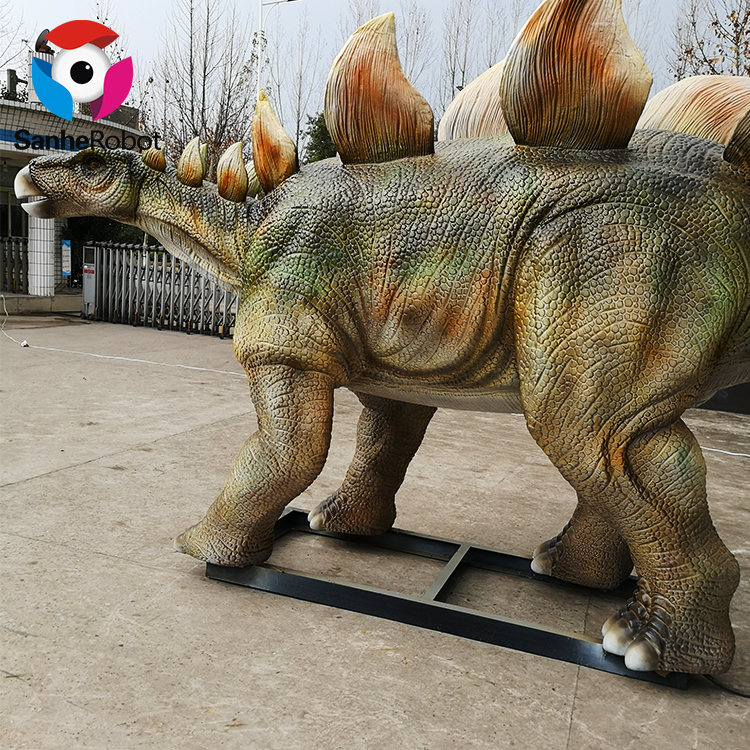 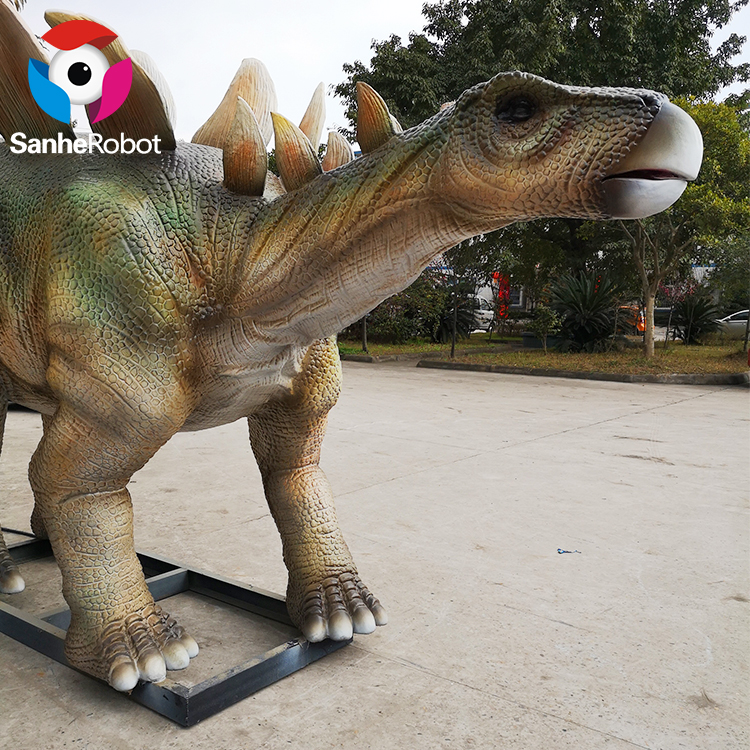 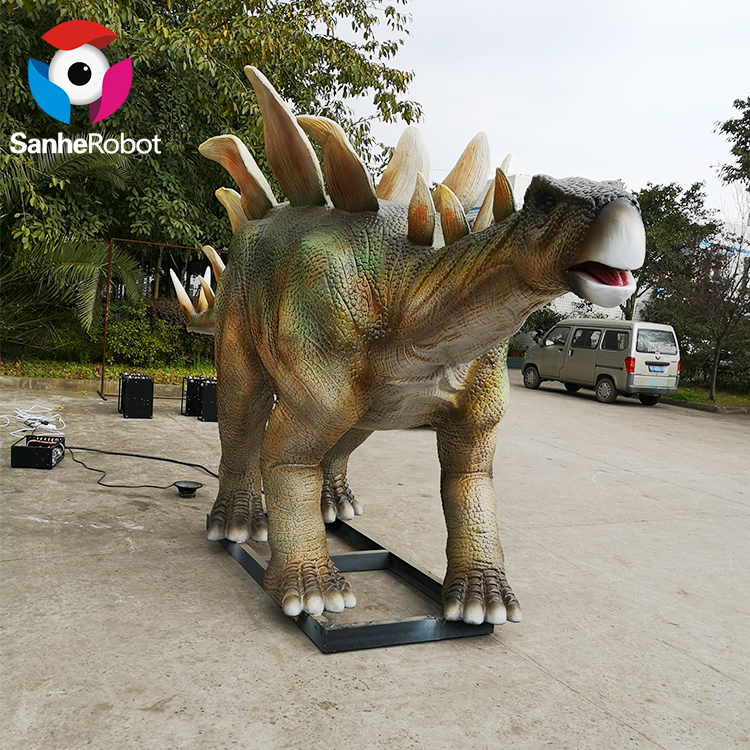 Related Product Guide:
Cooperation
The incredibly abundant projects administration experiences and 1 to one provider model make the superior importance of small business communication and our easy understanding of your expectations for China Wholesale Flying Dinosaur Skeleton Manufacturers Suppliers - Dinosaur Park realistic life size Stegosaurus statue – Sanhe , The product will supply to all over the world, such as: South Korea , Macedonia , Slovak Republic , They're durable modeling and promoting well all over the world. Under no circumstances disappearing key functions in a brief time, it's a should for you personally of fantastic quality. Guided by the principle of Prudence, Efficiency, Union and Innovation. the business make an awesome efforts to expand its international trade, raise its enterprise. rofit and improve its export scale. We are confident that we'll have a vibrant prospect and to be distributed all over the world in the years to come.
related products