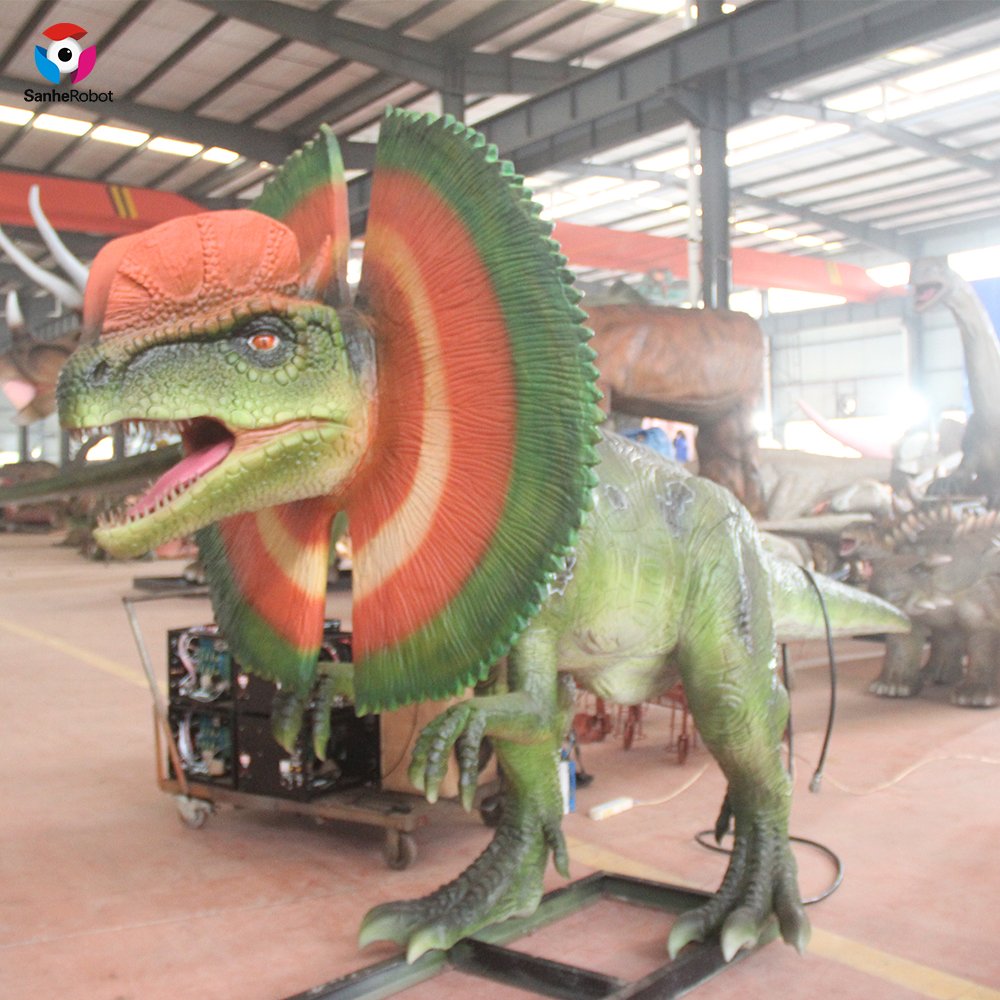 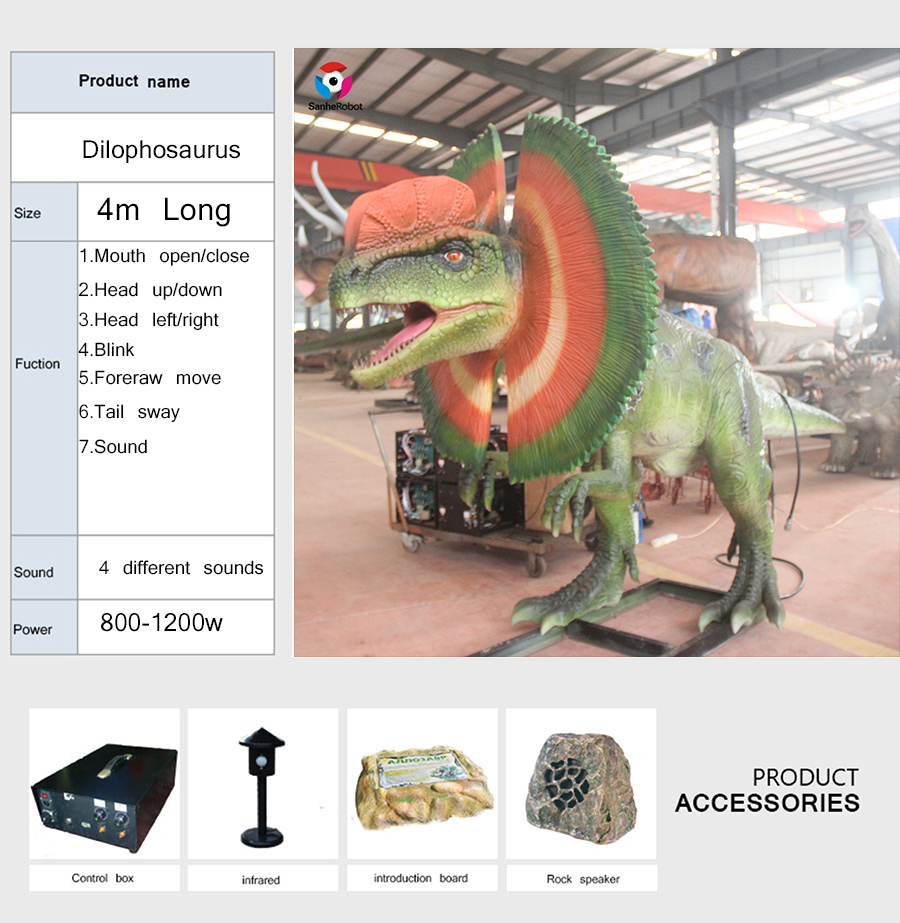 Dinosaur park   dinosaur for amusement park   theme park   jurassic park  other amusement park supplies  simulation animatron dilophosaurus  realistic dino model  simulation dinosaur model Dilophosaurus dinosaur model  dino park supplies dinosaur park theme park dinosaur  robotic dinosaur  animatronic dinosaur  animated dinosaur vivid dinosaur  outdoor exhibition  life size real size dinosaur model  buy robotic animatron dinosaur   outdoor park theme park decoration   Dilophosaurus was one of the earliest large predatory dinosaurs and the largest known land-animal in North America at the time. It was slender and lightly built, and the skull was proportionally large, but delicate. The snout was narrow, and the upper jaw had a gap or kink below the nostril. It had a pair of longitudinal, arched crests on its skull; their complete shape is unknown, but they were probably enlarged by keratin. The mandible was slender and delicate at the front, but deep at the back. The teeth were long, curved, thin, and compressed sideways. Those in the lower jaw were much smaller than those of the upper jaw. Most of the teeth had serrations at their front and back edges. The neck was long, and its vertebrae were hollow, and very light. The arms were powerful, with a long and slender upper arm bone. The hands had four fingers; the first was short but strong and bore a large claw, the two following fingers were longer and slenderer with smaller claws; the fourth was vestigial. The thigh bone was massive, the feet were stout, and the toes bore large claws. Dilophosaurus is a member of the family Dilophosauridae along with Dracovenator, a group placed between the Coelophysidae and later theropods. Dilophosaurus would have been active and bipedal, and may have hunted large animals; it could also have fed on smaller animals and fish. Due to the limited range of movement and shortness of the forelimbs, the mouth may instead have made first contact with prey. The function of the crests is unknown; they were too weak for battle, but may have been used in visual display, such as species recognition and sexual selection. It may have grown rapidly, attaining a growth rate of 30 to 35?kg (66 to 77?lb) per year early in life. The holotype specimen had multiple paleopathologies, including healed injuries and signs of a developmental anomaly. Dilophosaurus is known from the Kayenta Formation, and lived alongside dinosaurs such as Megapnosaurus and Sarahsaurus. Dilophosaurus was featured in the novel Jurassic Park and its movie adaptation, wherein it was given the fictional abilities to spit venom and expand a neck frill, as well as being smaller than the real animal. It was designated as the state dinosaur of Connecticut based on tracks found there.   Our company since its inception, always regards product quality as enterprise life, continuously improve production technology, improve product quality and continuously strengthen enterprise total quality management, in strict accordance with the national standard ISO 9001:2000 for Dino Park Dinosaurs , Animal Models Of Disease , Dinosaur Suit , As a leading manufacture and exporter, we enjoy a good reputation in the international markets, especially in America and Europe, because of our top quality and reasonable prices. China Wholesale Field Station Dinosaur Park Factories Pricelist - Other amusement park supplies simulation animatron dino model Dilophosaurus – Sanhe Detail: 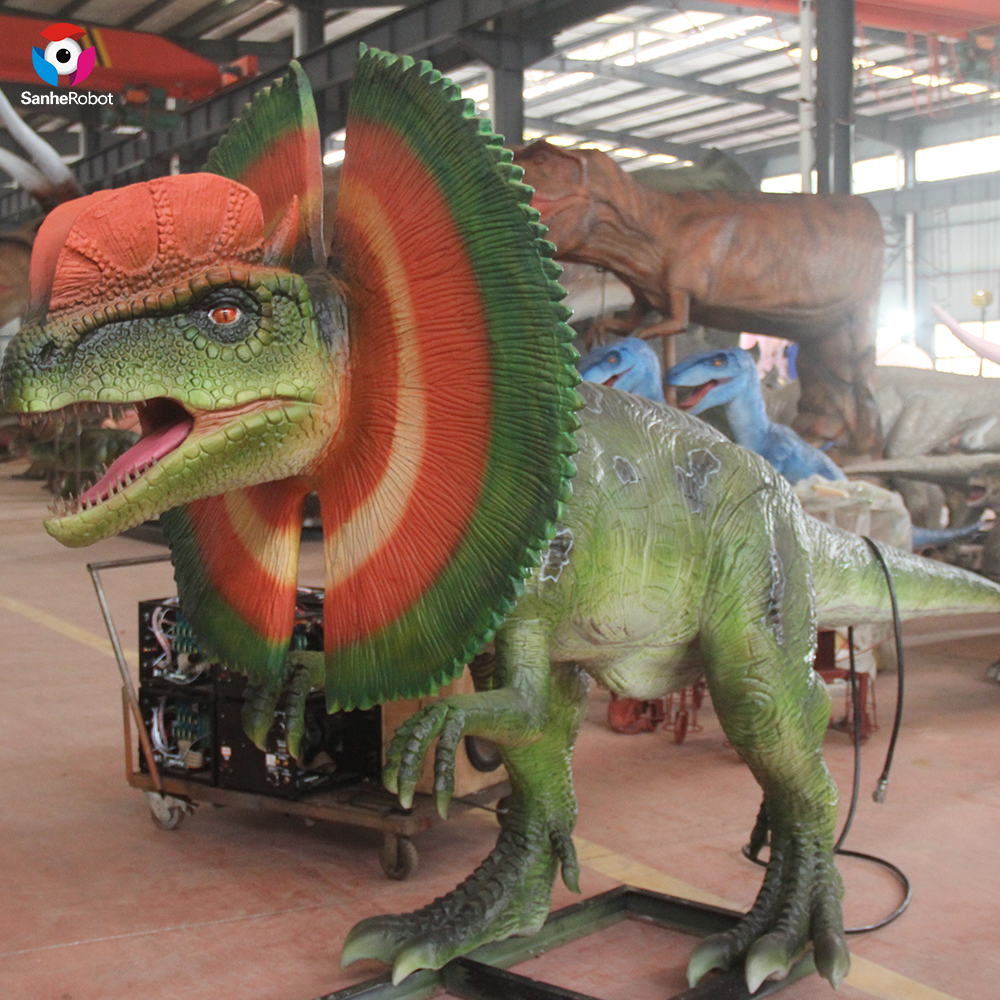 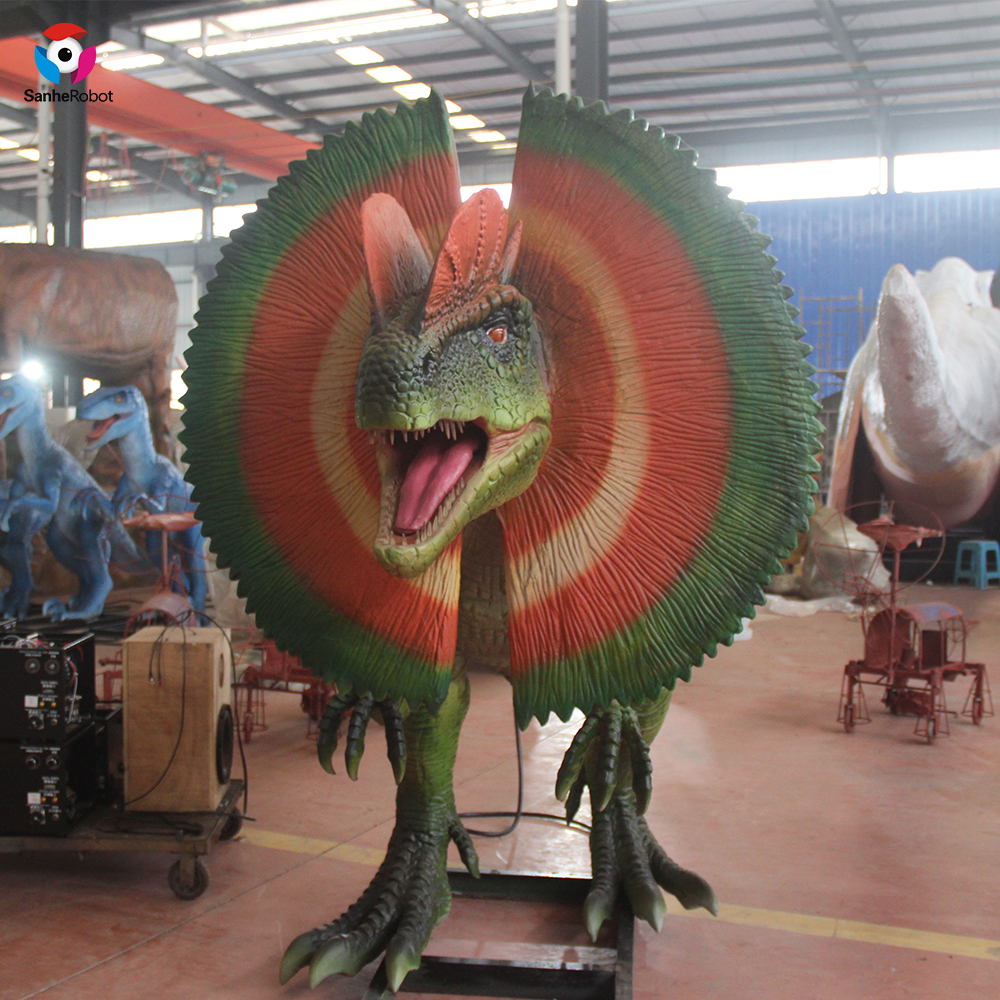 Related Product Guide:
Cooperation
Our company since its inception, constantly regards product or service high quality as business life, continually improve creation technology, make improvements to product high-quality and consistently strengthen business total high-quality management, in strict accordance together with the national standard ISO 9001:2000 for China Wholesale Field Station Dinosaur Park Factories Pricelist - Other amusement park supplies simulation animatron dino model Dilophosaurus – Sanhe , The product will supply to all over the world, such as: Turkey, Slovakia, Morocco, We are fully aware of our customer's needs. We provide high quality products, competitive prices and the first class service. We would like to establish good business relationships as well as friendship with you in the near future.
related products