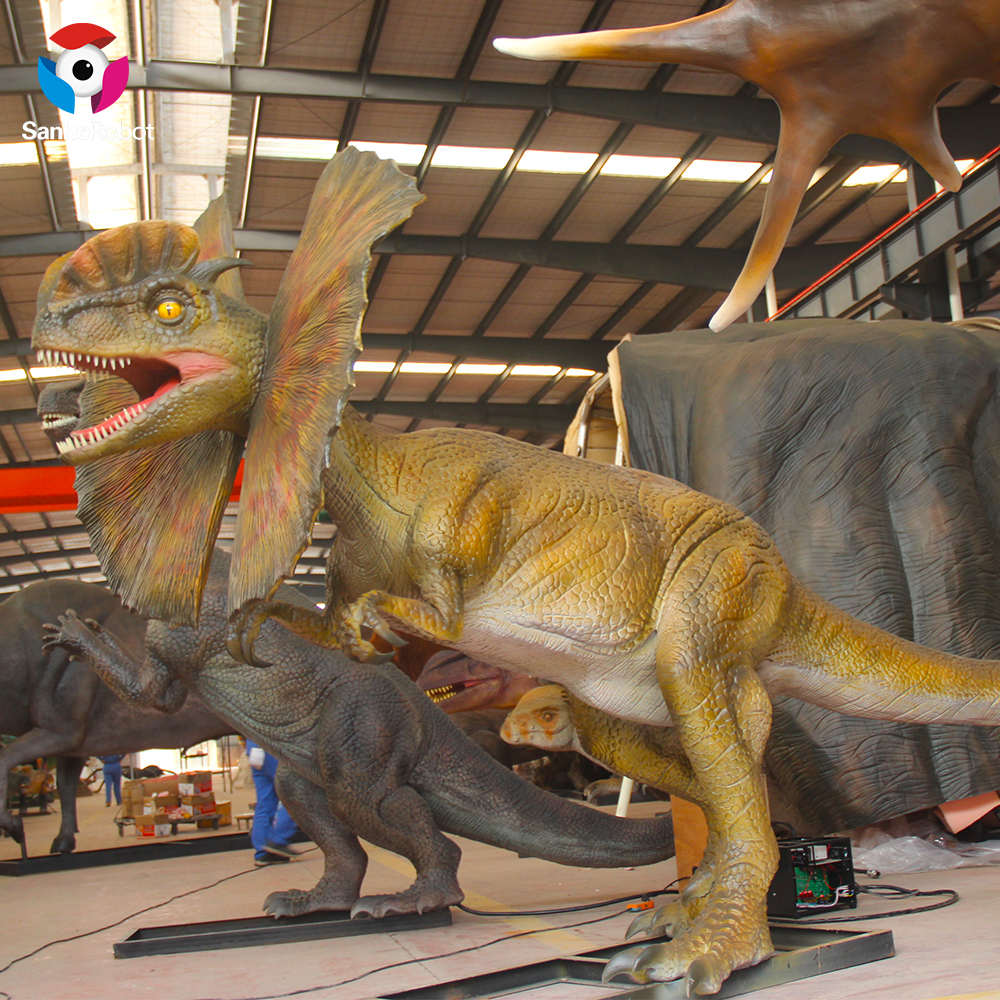 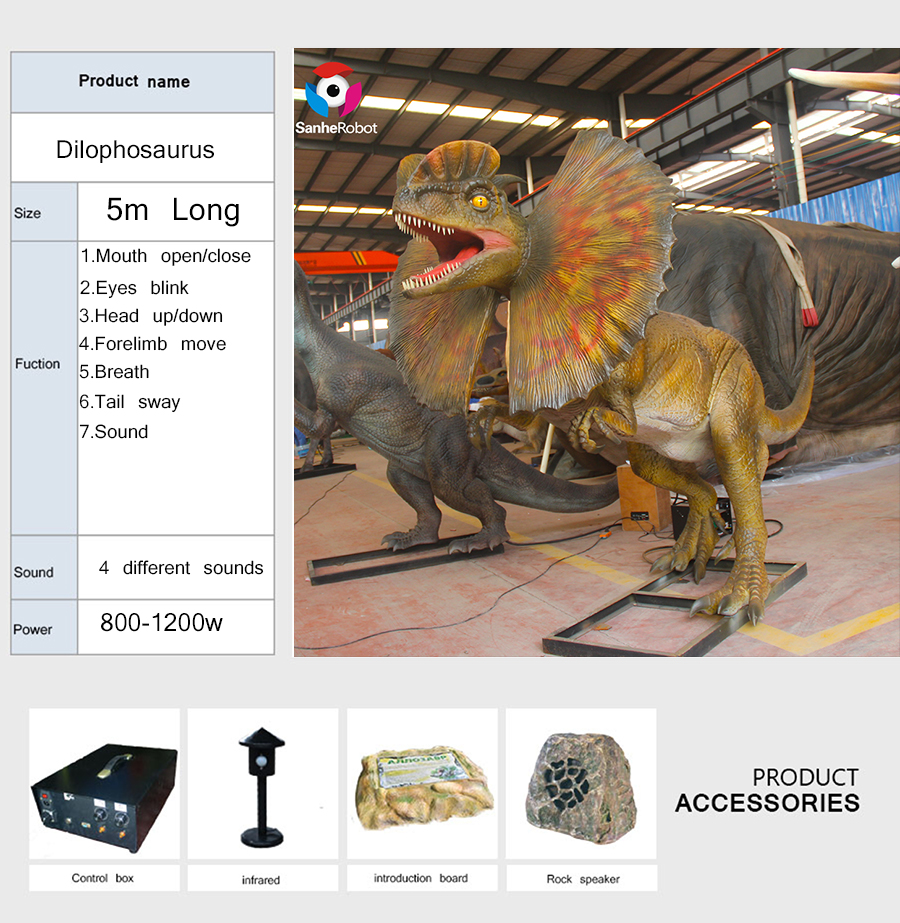 theme park robotic dinosaur  simulation dinosaur  zigong dinosaur  simulation robotic dinosaur  silicone rubber dinosaur  theme park animatronic dinosaur  theme park dinosaur robotics  dinosaur suppliers  dinosaur world  dinosaurs alive  dinosaurs playground equipment  equipment dinosaur  indoor dinosaur  indoor playground dinosaur  jurassic park animatronic dinosaur  mechanical dinosaur model Dinosaur park   dinosaur world  Robot dinosaur  robotic dinosaur  buy animatronic  Dilophosaurus was one of the earliest large predatory dinosaurs and the largest known land-animal in North America at the time. It was slender and lightly built, and the skull was proportionally large, but delicate. The snout was narrow, and the upper jaw had a gap or kink below the nostril. It had a pair of longitudinal, arched crests on its skull; their complete shape is unknown, but they were probably enlarged by keratin. The mandible was slender and delicate at the front, but deep at the back. The teeth were long, curved, thin, and compressed sideways. Those in the lower jaw were much smaller than those of the upper jaw. Most of the teeth had serrations at their front and back edges. The neck was long, and its vertebrae were hollow, and very light. The arms were powerful, with a long and slender upper arm bone. The hands had four fingers; the first was short but strong and bore a large claw, the two following fingers were longer and slenderer with smaller claws; the fourth was vestigial. The thigh bone was massive, the feet were stout, and the toes bore large claws. Dilophosaurus is a member of the family Dilophosauridae along with Dracovenator, a group placed between the Coelophysidae and later theropods. Dilophosaurus would have been active and bipedal, and may have hunted large animals; it could also have fed on smaller animals and fish. Due to the limited range of movement and shortness of the forelimbs, the mouth may instead have made first contact with prey. The function of the crests is unknown; they were too weak for battle, but may have been used in visual display, such as species recognition and sexual selection. It may have grown rapidly, attaining a growth rate of 30 to 35?kg (66 to 77?lb) per year early in life. The holotype specimen had multiple paleopathologies, including healed injuries and signs of a developmental anomaly. Dilophosaurus is known from the Kayenta Formation, and lived alongside dinosaurs such as Megapnosaurus and Sarahsaurus. Dilophosaurus was featured in the novel Jurassic Park and its movie adaptation, wherein it was given the fictional abilities to spit venom and expand a neck frill, as well as being smaller than the real animal. It was designated as the state dinosaur of Connecticut based on tracks found there.   As for competitive selling prices, we believe that you will be searching far and wide for anything that can beat us. We will state with absolute certainty that for such excellent at such charges we are the lowest around for Asian Lanterns Festival , Ancient Animal Sculptures , One World Lantern Festival , All the time, we have been paying attention on all details to insure each product satisfied by our customers. China Wholesale 3 Headed Dinosaur Factory Quotes - Outdoor Playground decoration props waterproof dinosaur robotic dinosaur Dilophosaurus model – Sanhe Detail: 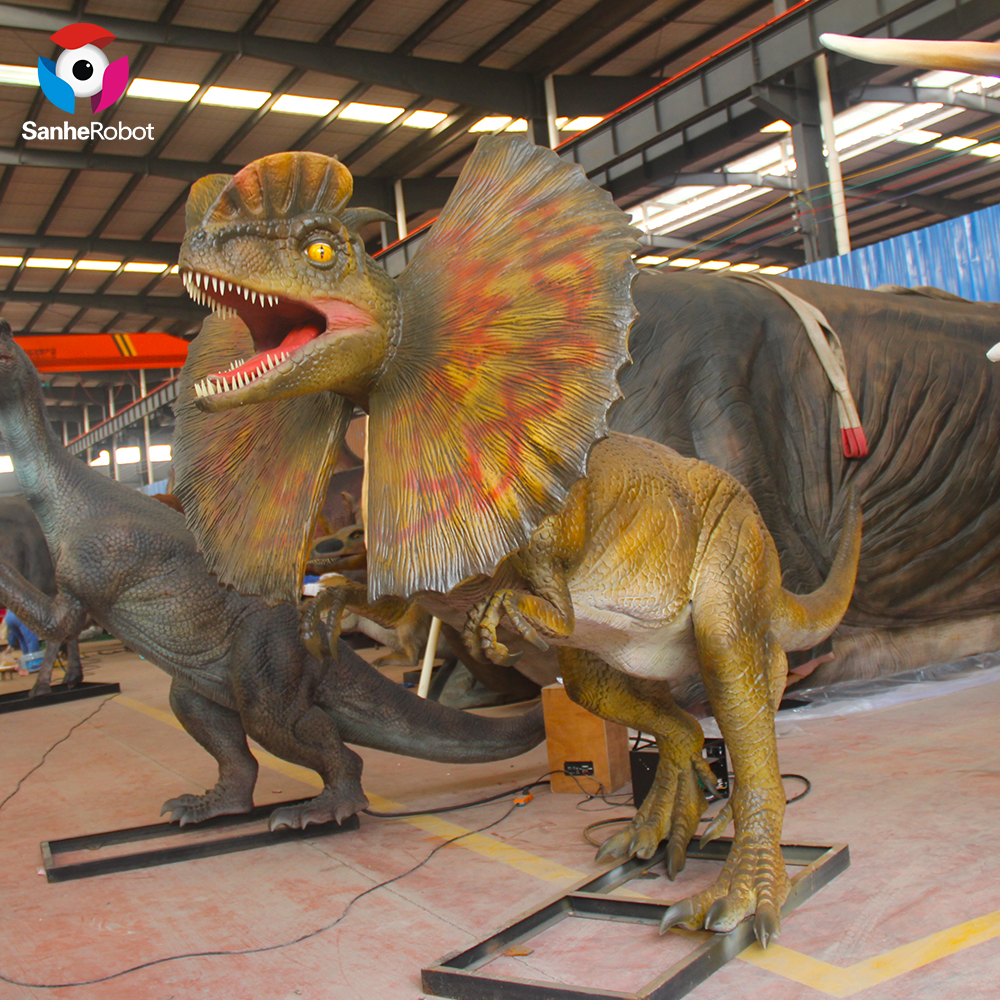 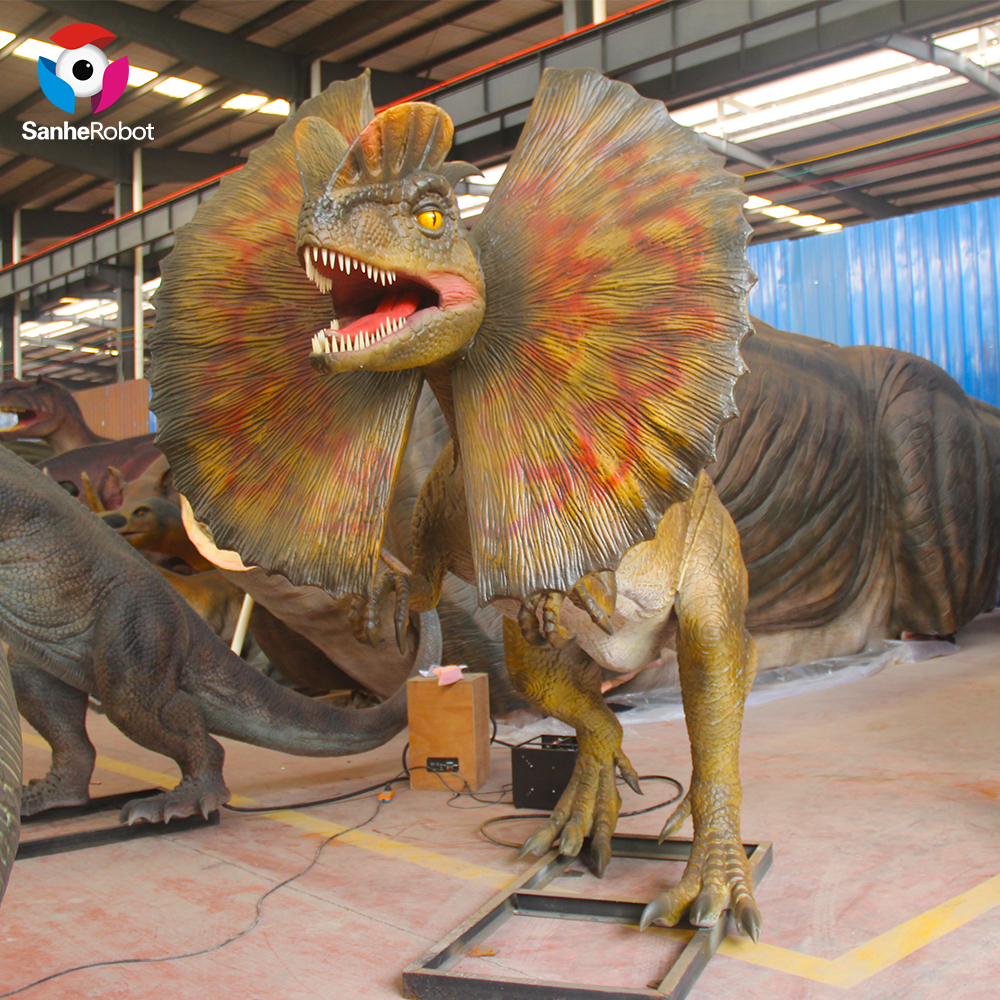 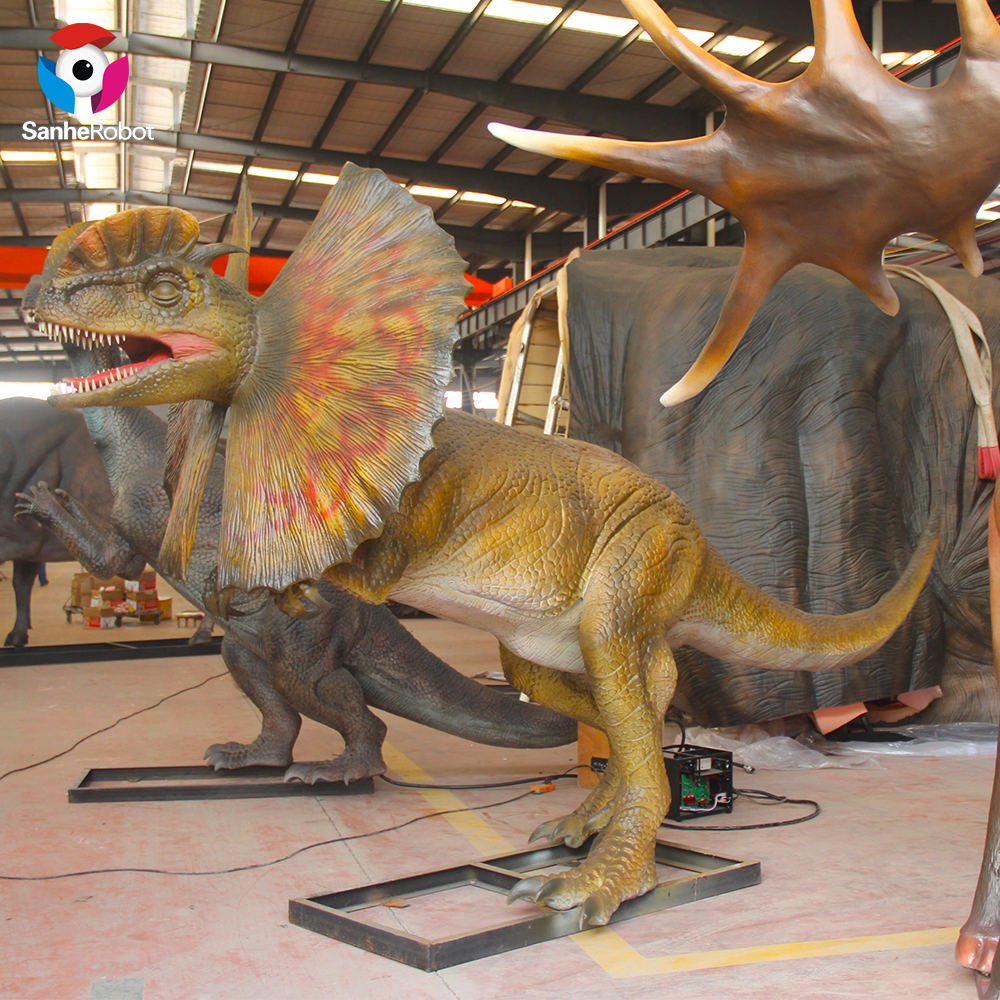 Related Product Guide:
Cooperation
Our firm has been concentrating on brand strategy. Customers' satisfaction is our best advertising. We also offer OEM provider for China Wholesale 3 Headed Dinosaur Factory Quotes - Outdoor Playground decoration props waterproof dinosaur robotic dinosaur Dilophosaurus model – Sanhe , The product will supply to all over the world, such as: Thailand, Brazil, Benin, Nowadays our products sell all over the domestic and abroad thanks for the regular and new customers support. We provide high quality product and competitive price, welcome the regular and new customers cooperate with us!
related products